The awesome Shanyn at Chick Loves Lit is hosting the 2012 Sophomore Reading Challenge, which is basically the Debut Author's from this year's second books released in 2012. (if that makes any sense at all lol).


When I found out about this challenge I was so psyched to be able to keep up with the Debut authors I've grow to love in a challenge. I'm really looking forward to this challenge since there are soo many awesome sophomore books coming out in 2012.


So without further ado here is my ten sophomore choices:


It was really quite hard choosing only ten books as there are soo many sophomore books that I NEED to read next year. I know I'll be reading way more awesome sophomores than listed but the list only permits ten =[ I'll keep you all updated with what sophomores u read and as I do the reviews I'll link them here.

If you haven't already signed up for this challenge go over to Chick Loves Lit to sign up now! 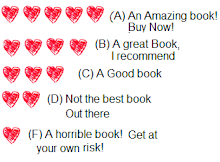